In the 22 hours since I posted yesterday’s Mini Banana Almond Muffins, the response has been so overwhelming (mainly in person in the halls of my kids’ school) that I felt compelled to test and post another grain-free muffin recipe. I have had this one brewing for a while, but theory is always different than practice and it could have been terrible. It wasn’t. Here is another great breakfast recipe that will get you through the Passover breakfast doldrums.

Again, I went with almond flour because that’s what I had open in my cabinet at time of recipe testing. Also, because I had decided I wanted to do a cherry-almond muffin. The two flavors are so beautiful together.  You can absolutely swap out the almond meal for any other nut meal, and swap out the cherries for any other fruit. If you decide to use frozen berries – a huge budget saver as well as a great way to fill an out-of-season craving — put the frozen berries right into the batter. No need to thaw. If you use cherries, cut them into quarters and make sure the pits have been removed. You don’t want a surprise trip to the dentist.

After this, I will be returning to cakes, cookies and other dessert items. I have a couple of treats up my sleeve – including a Passover-friendly birthday cake for my almost 8-year-old son (who has the misfortune of having his birthday fall smack in the middle of the holiday), so chocolate cake is brewing! I am also dreaming up a replacement for my father’s nostalgia-inducing but cloyingly sweet jelly roll, which I would NEVER thrust upon all of you. I am SO close on that one. I just need to get the roll to not fall apart. The (not jelly) filling is AMAZING, and is barely making it from the jar to the pastry.

But, for now, breakfast.

This website uses cookies to improve your experience while you navigate through the website. Out of these cookies, the cookies that are categorized as necessary are stored on your browser as they are essential for the working of basic functionalities of the website. We also use third-party cookies that help us analyze and understand how you use this website. These cookies will be stored in your browser only with your consent. You also have the option to opt-out of these cookies. But opting out of some of these cookies may have an effect on your browsing experience.
Necessary Always Enabled
Necessary cookies are absolutely essential for the website to function properly. This category only includes cookies that ensures basic functionalities and security features of the website. These cookies do not store any personal information.
Non-necessary
Any cookies that may not be particularly necessary for the website to function and is used specifically to collect user personal data via analytics, ads, other embedded contents are termed as non-necessary cookies. It is mandatory to procure user consent prior to running these cookies on your website.
SAVE & ACCEPT 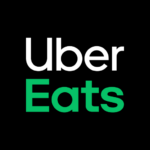 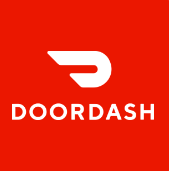 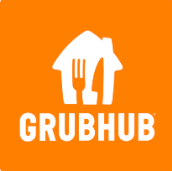